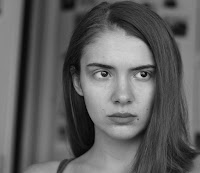 Iulia Enkelana (pseudonym of Iulia-Maria Kyçyku) was born in Bucharest in 1999. She published the online albums do you remember your first loneliness (photographs, 2017) and Eyeland (drawings, 2016).

She published several texts (short stories and a play) in Romanian and Albanian cultural and literary magazines (Neuma, Viața Românească, Luceafărul de dimineață, Haemus, Poeteka etc.). In March 2020, her play The mark had its public lecture at REACTOR de creație și experiment (independent theatre in Cluj-Napoca), as part of the Text-by-Text event organized by Copilot. In 2018, she won the first prize at the playwriting section of the ProScenium contest (organized by the Faculty of Theatre and Film, University Babeș-Bolyai), for her play How much can a shadow act. Her play It was like a play was selected at the New Drama Playwriting Contest and had its public lecture at the Excelsior Theatre in Bucharest, in 2015.

Iulia made several short films (I had to pawn the diamond, The absent city, de/mascat, The road home, perfection in inverted commas, Timeless etc.), some of which have been officially selected in international film festivals, such as Ridgefield Independent Film Festival, Tirana International Film Festival, Lift-Off Global Network, Southeast Regional Film Festival, Retrospective of Jupiter, SIMULTAN Festival or Channel BUEIFF.

She participated in workshops, laboratories and masterclasses in Bucharest, Cluj-Napoca, Chișinău and Lyon. She took part in several photography exhibitions (LoosenArt at Millepiani, Rome, 2020; ESPY 2019 Photography Awards at Elysium Gallery, Swansea, Wales, 2019; Shame and Lost and found organized by Super!, Bucharest, 2017 and 2018; Bucureștiul în alb și negru, Bucharest, 2015; Bucureşti – mon amour, Bucharest, 2012). Two of Iulia’s photographs were included in the #OurLakeOhrid album, Photo & Story Contest 2017, by UNESCO. In autumn 2019, she published her artist’s statement and a selection of photographs in The Bridge magazine.

Iulia is currently studying theatre studies at the Faculty of Theatre and Film, University Babeș-Bolyai, in Cluj-Napoca. 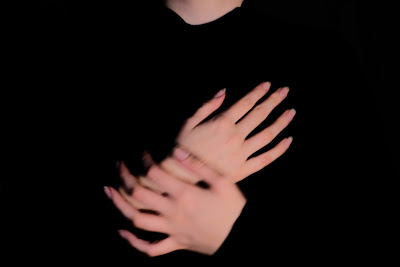